HeiParisMax is a Franco-German academic cooperation between leading scientific institutions whose aim is to encourage a transnational exchange of ideas between young scientists in order to promote the Franco-German friendship in the centre of Europe.

Under this general title the scientific research of the participating researchers should refer to subjects dealing with international and European law as well as public comparative law. As respect these disciplines, the cooperation constitutes the first institutionalised Franco-German forum for Ph.D. and postdoctoral researchers.

Institutes taking part in the project 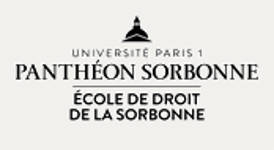